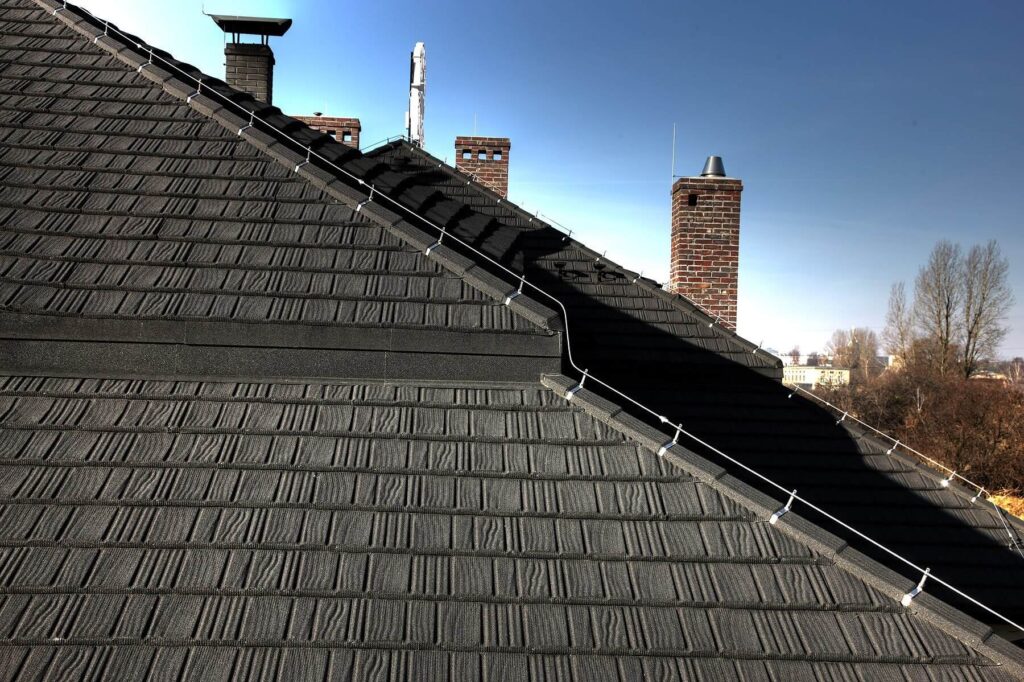 Let us say it as it is and not exaggerate anything. The metal roof’s fame has risen in recent years more than any other time in history. Many people about to go about the roofing process prefer these roofs to the others available in the market because of so many things like their durability appeal among many others. However, even with all these benefits, there are people who still find it worthwhile to roof their houses using traditional roofing materials other than metal roofs and such people have their own reasons for this as well. For instance, we still have people who doubt whether metal roofs are as good as other roofing materials like shingles among others.

One of the reasons why these people think this way is because of the initial use of metal roofs. Initially, these roofing materials were not used in roofing houses like it is the case now. Back then, the materials were used mostly in industries and other stores. Even when used in these areas, metal roofs still did not do as good as the other materials used to back when used for the same purpose. This, therefore, led to a negative attitude to metal roofs from some people who up to date do not really think metal roofs are any better compared to the other roofing materials like shingles among many others.

Further on this, there are people who have been using other traditional roofing materials like shingles and many others that have been there since back in time and have never seen any problem with them. It is therefore very hard to convince such people that metal roofs are better than these roofs. Given this information, the only question that follows and genuinely is, among these two roofing materials which one of them is the best. To answer such a question, we need to look at so many things like the performance of these roofs and see which one of them has an edge over the other.

The first thing you need to know if you are doubting the viability of metal roofs is that these roofs have been around for so many years and that is not in any doubt. However, one of the many things that are never said about this roofing is that during these many years the roofing has also undergone so much transformation. However, by saying so we do not mean that the other roofs have not undergone any transformation, we only are trying to avoid a certain perception about these roofs from some people. It therefore will be so wrong and so unfair to the metal roofs if you thought they are now the same way they used to be back in the years.

If you have to make any argument about these roofs then the argument has to also take into consideration this fact. So, it will only be right of you to talk about these roofs considering their current performance and not how they used to perform when they were first used and that is a long time ago. So, are they better than the traditional roofing options? We can tell you this for a fact that metal roofs are in fact far much better than the traditional roofing materials like shingles and many others. Metal tile roofs for instance are some of the best roofing materials you can ever find around if you need to roof your structure.

The traditional roofing materials might last longer but not as long as the metal roofs. With life expectancy that goes well over seventy years, there is not a single roofing material that you can compare to metal roofs. Therefore, if you need a roof that can last such a long time on your structure then you need to go for a metal roof, this is just the best.

If you are roofing you must always consider that roof which is appealing and capable of transforming your house from what it is to a more beautiful one. There are many roofs that can do this for you but not all of them can get you that perfect roof you need. Metal tile roofs come in various colors which is positive on them. With these many colors, you get an opportunity to choose from them that color which you feel or think is the best for you. One thing that you can never run short of with metal roofs is a wide selection of colors all of which are appealing.

The traditional roofing materials come in many colors as well but not all of them are as appealing as many people would prefer them to be. Thus, if you need a stable and durable roof that comes with an appearance that you cannot say no to then you better get yourself a metal roof. A metal tile roof in particular offers so much in terms of beauty and durability. If you are building or replacing your roof and you need to try out a new and different roof then this is what you need to go for, the best roof available now.

Get In Touch with us!

There is no doubt that metal tile roofs are some of the best roofing materials around. If you have never tried out metal roofing materials then this is what we recommend for you. All you need to do is get in touch with USA Metal Roof Contractors of Homestead. This is one of the companies that you can rely on to help you with the installation of metal tile roofs anywhere.

Time to Replace Your Roof? We Can Help

Considering roofing replacement? When it comes to roofing projects, many homeowners rely on professionals to get the job done. At USA Metal Roof Contractors of Homestead, our specialists stick to all the industry standards when installing metal roofing on both residential and commercial properties. Therefore, you can be sure of getting a sturdy roof on top of your house. As a result, you can get the best services from our company in the following fields;

What Locations do we Serve?

USA Metal Roof Contractors of Homestead is a name you can trust and rely on. Our metal roofing services were limited in Homestead, FL when we started. But with time our company has expanded and is now serving over ten locations within Florida.

It shows how reliable we are. Here are some places within Florida, where you can access our world-class metal roofing services: –